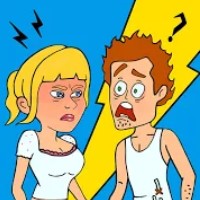 Level 41: Who is pregnant?
Check the bellies. Two of them have a pillow or a watermelon. 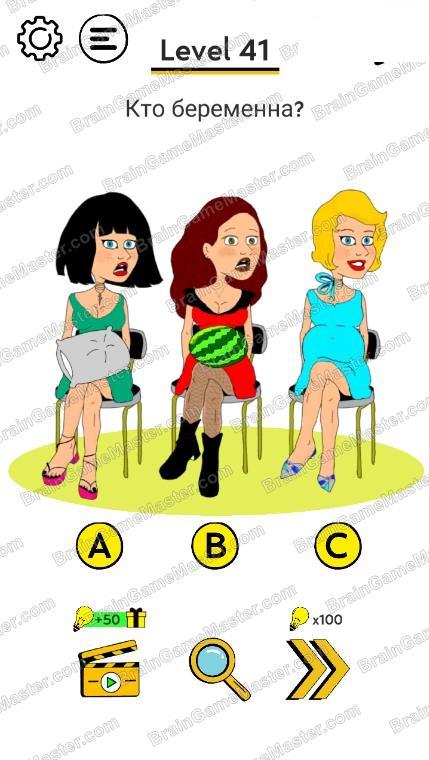 Level 42: Which one of them is rich?
Drag the table. You will see that one of the prisoners has a phone. 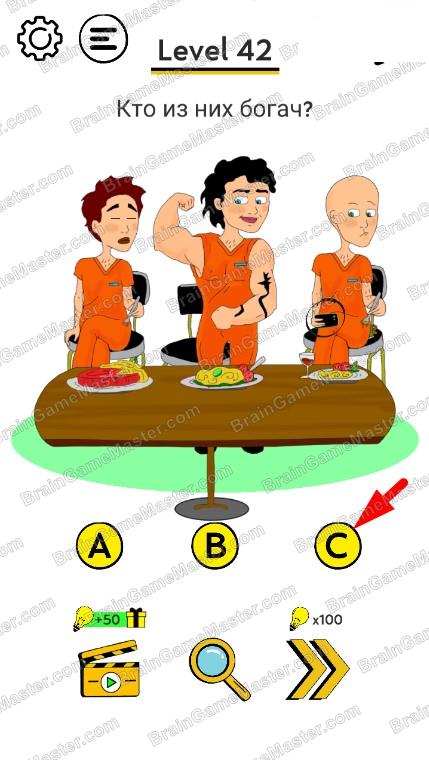 Level 43: Help turn off the TV!
Press the button on the TV. 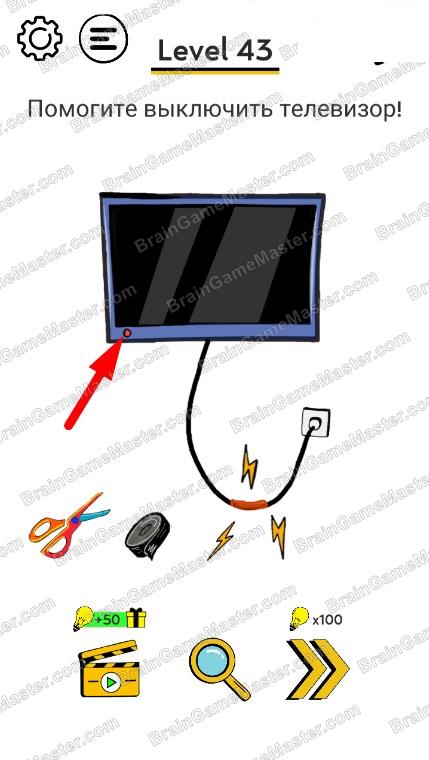 Level 44: Who is in danger?
Drag the mirror to see what’s behind them. The girl on the right is in danger. 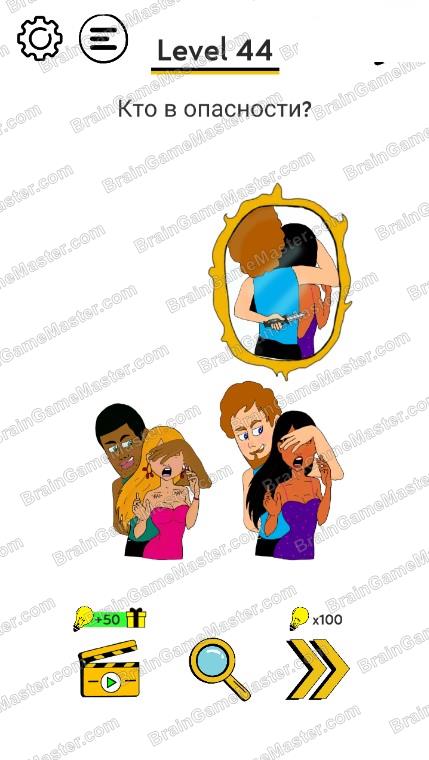 Level 45: Who’s the robot here?
If you pull the arms, a robo-hand will appear under one of them. 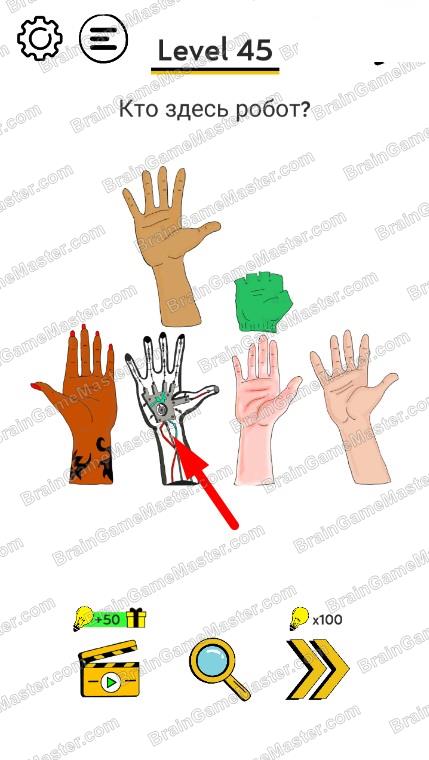 Level 46: Where is the prince?
Pick up the stone, there will be a frog under it. Give the frog to the princess. When the princess kisses the frog, it will turn into a prince. 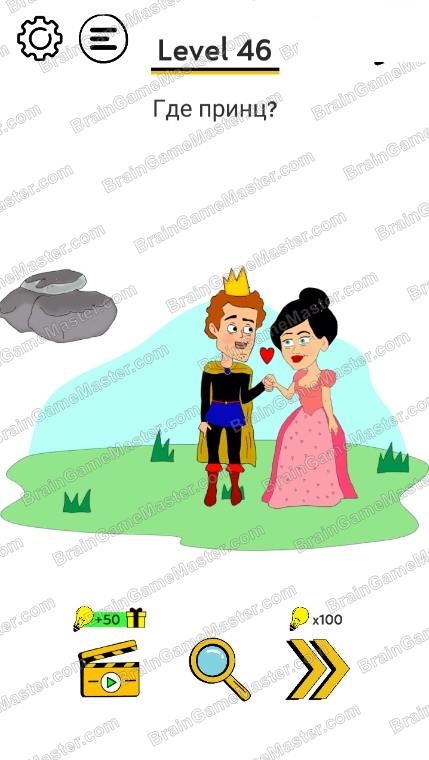 Level 47: Let’s scare them!
Turn on the TV, and then drag the monster from the TV to the room. 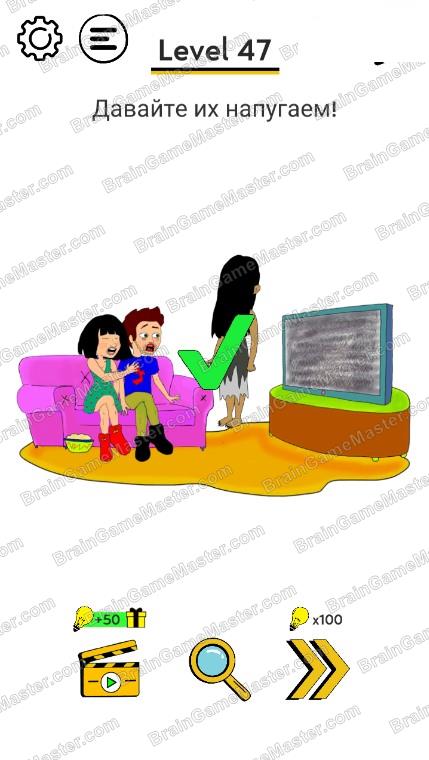 Level 48: In which bucket is the rubber duck?
Tilt your phone to the left. The buckets will fall and you will find the duck. 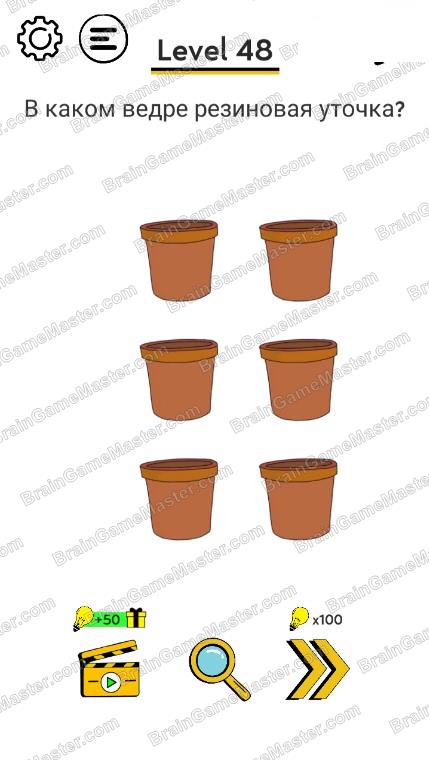 Level 49: Whose turn is it to play the wedding?
Drag the bouquet to the bridesmaids. He will be caught by someone who wants to get married. 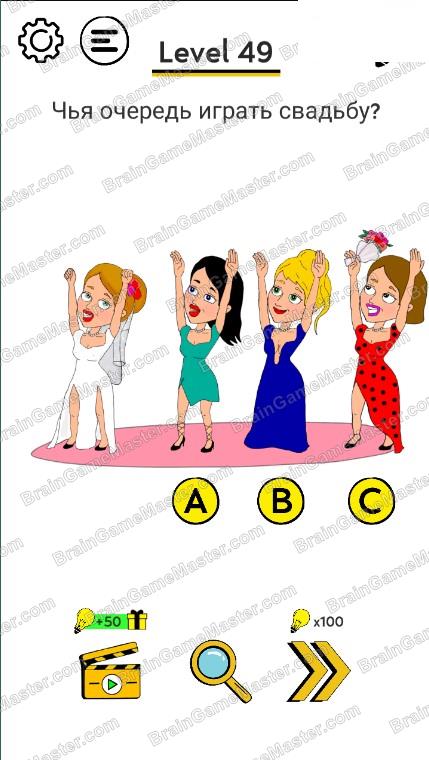 Level 50: Who stole the jewels?
Rewind the clock on the wall. You will find the thief by rewinding the clock to the time of the theft. 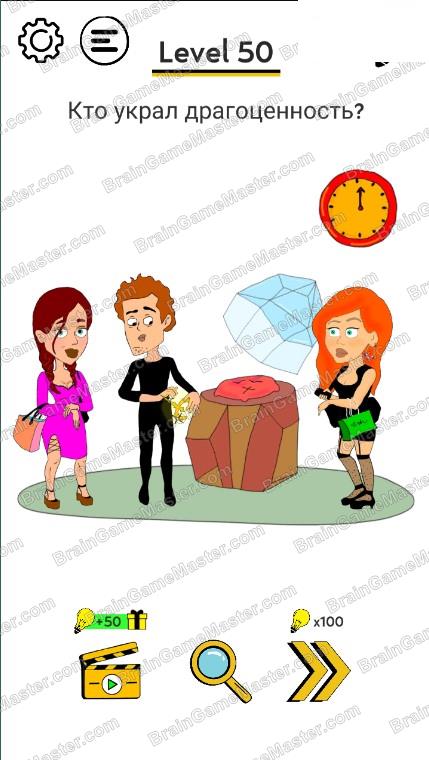