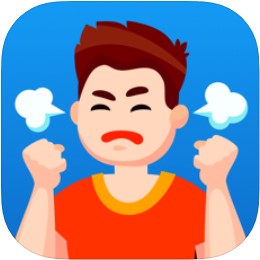 Level 121: Get to Mars.
With two fingers, zoom in on the planet and see the astronaut, click on the astronaut. 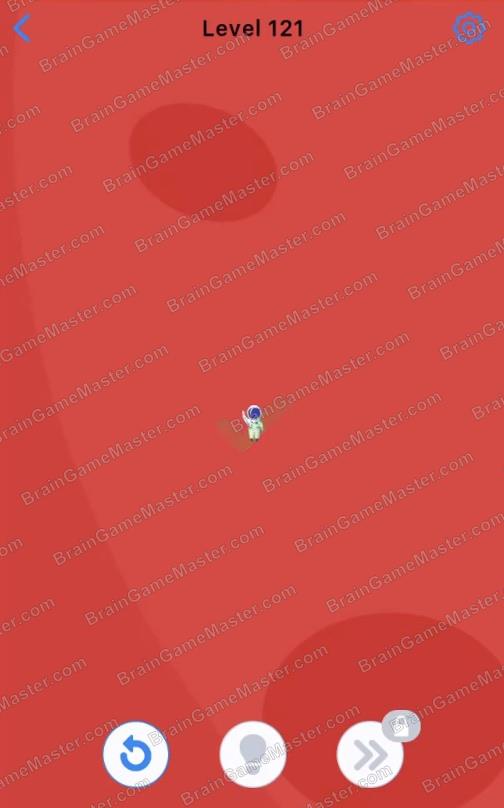 Level 122: save the snails!
Take a red bow from a snail and put it on the bird’s eyes 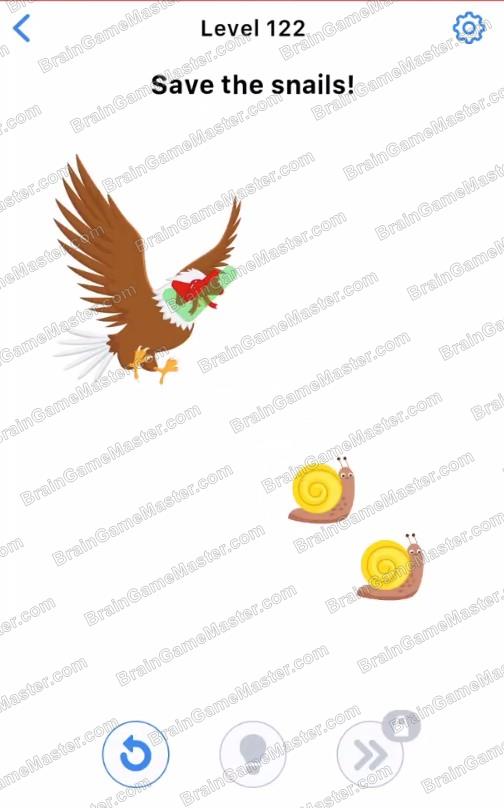 Level 123: Why is he so surprised?
Turn the girl around. Level 124: Pay with coin!
Pull the moon in the window and cross it with a lemon. Then move the resulting yellow circle to the picture on the wall and get a coin. Then give it to the knight. 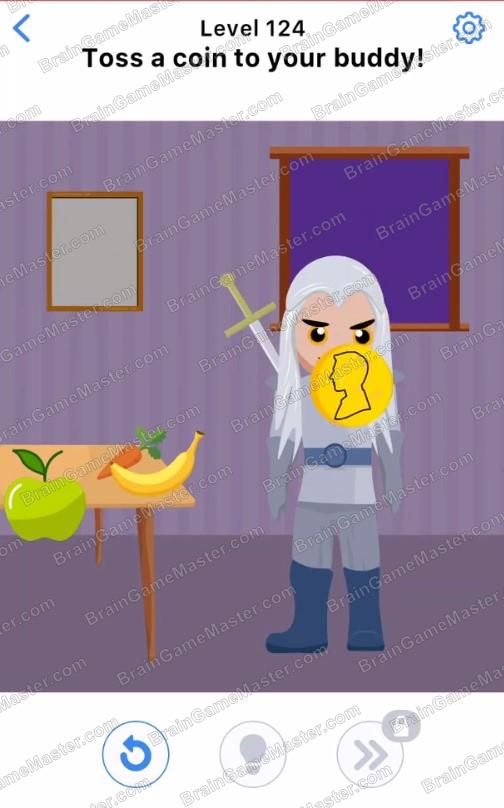 Level 125: Wake the kitten.
Move the picture to the left and you will see a power outlet on the right, turn on the TV cord, then tap on the TV screen. 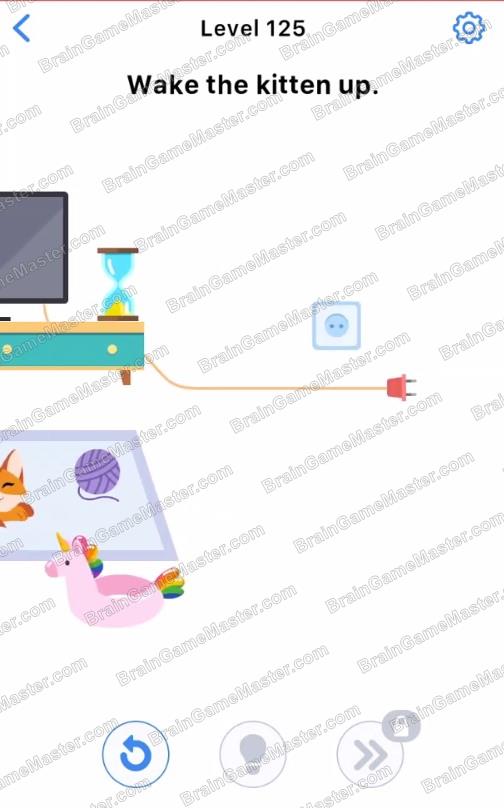 Level 126: save the masterpiece!
Turn the police officer to face the thief. 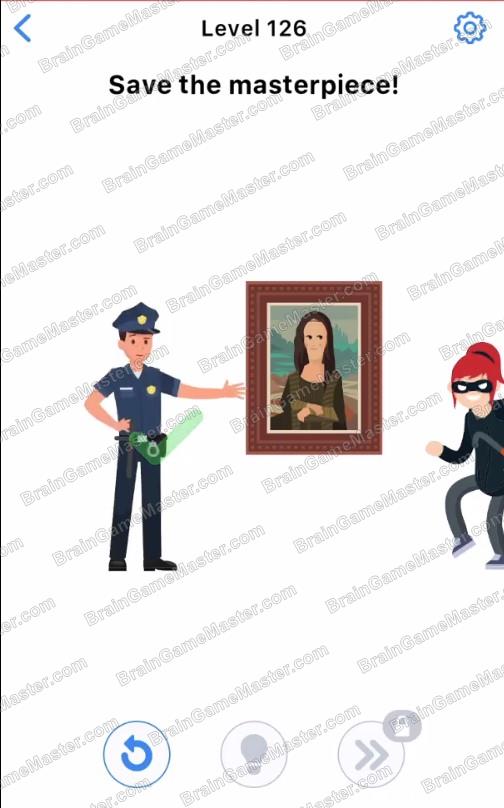 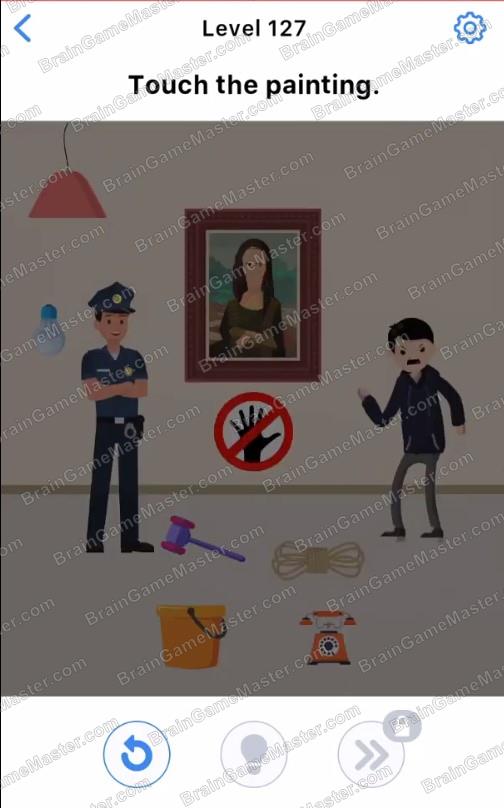 Level 128: Which ball will burst first if they are released into the sky?
You can click on the button with the color of any ball, and pause the other colors by holding the balls with your fingers. 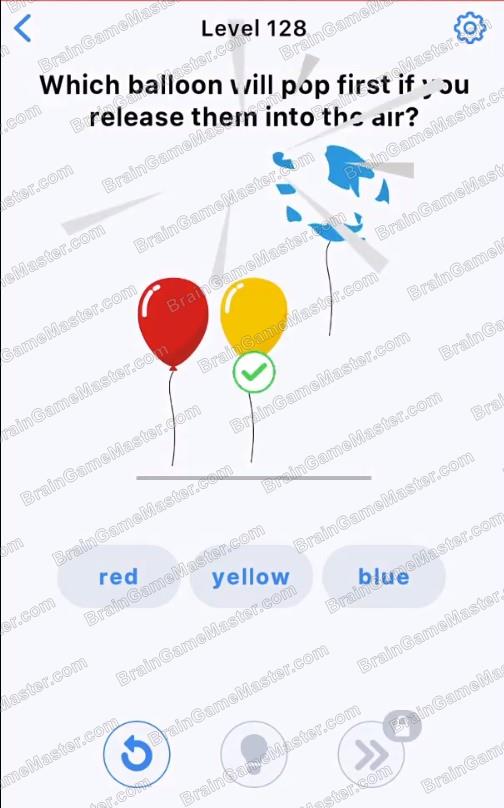 Level 129: What does the artist draw?
Move the screen to the left and tap the caveman on the right.

Level 130: Stop the barbarian.
Swipe the leaves from the tree with your finger, click on the bare branches and get the handle for the shovel, then connect them. Then dig a hole on the right and cover it with leaves. 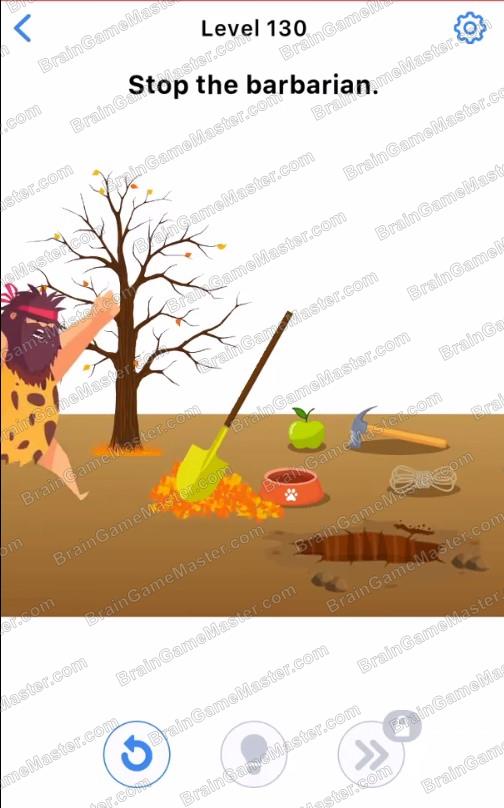