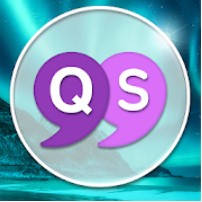 On this page you will find the answers Quotescapes Pack Pyramids

Pyramids 2 – We forget our pleasures, we remember our sufferings.

Pyramids 3 – Listen very carefully, I shall say this only once.

Pyramids 4 – You are born modern, you do not become so.

Pyramids 5 – All men make mistakes; only the fools repeat them.

Pyramids 6 – I’m going to make him an offer he can’t refuse.

Pyramids 7 – The powerful person that holds up the house.

Pyramids 8 – Integrity is shown when no one is looking.

Pyramids 10 – What’s the point of being clever if you can’t prove it.

Pyramids 11 – Knowledge will give you power, but character respect.

Pyramids 14 – Don’t count your chickens before they hatch.

Pyramids 15 – There are plenty more fish in the sea

Pyramids 17 – You can catch more flies with honey than with vinegar.

Pyramids 18 – The greatest victory is that which requires no battle.

Pyramids 19 – He who endures with patience, is a conqueror.

Pyramids 21 – Life does not reward us for effort expended.

Pyramids 22 – Nothing is more graceful than habitual cheerfulness.

Pyramids 23 – Being entirely honest with oneself is a good exercise.

Pyramids 25 – Put all of your eggs in one basket

Pyramids 26 – Honesty is the first chapter in the book of wisdom.

Pyramids 27 – Change your thoughts and you change your world.

Pyramids 28 – Problems are not stop signs, they are guidelines.

Pyramids 29 – This tape will self- destruct in five seconds.

Pyramids 30 – The oldest and the only one of the Seven Wonders of the Ancient World which is still standing today is The Great Pyramid of Giza. It is a great source of mystery and amazement for all people around the world. If you are a daring one, try going into the dark and narrow corridors inside the Pyramid.